Melinda is a 37-year-old female that was referred to Heartland Weight Loss by her PCP. At her first visit in July 2021, she reported that she hadn’t begun to struggle with weight until her mid 30’s. However, once the weight gain began, she gained a significant amount of weight very quickly and was at her highest weight of 318.3 lbs.  Melinda reported living alone and working from home but stated that she spends a great deal of time with and eats with her immediate family on weekends.  She had tried to lose weight on her own multiple times without success. She identified convenience eating and social eating as the biggest barriers to loss as well as a generalized inertia/lack of vitality.  Melinda walked for exercise 4-5 times per week. She reported taking the following medications: omeprazole 20mg BID, spironolactone 50mg daily, Zyrtec, Flonase, and lots of OTC supplements.  Melinda’s past medical history was significant for prediabetes, high cholesterol, NAFLD (non-alcoholic fatty liver disease), acne, and GERD (gastroesophageal reflux disease). Pertinent positive labs were:  triglycerides 390 mg/dL, VLDL 63 mg/dL, HDL 22 mg/dL, ALT 55 IU/L, Hemoglobin A1C 6.0%, fasting glucose 96 mg/dL.

At her first visit, Melinda was instructed to eat a primarily whole-food, low-glycemic eating plan and was given details about that plan. We also started her on metformin ER 500mg twice/day for treatment of her prediabetes and prevention of diabetes. Knowing her barriers to implementation were significant, we also discussed adding an anti-obesity medication (AOM) to help her implement the recommended dietary changes with the least amount of friction. After reviewing the risks/benefits/indications/contraindications of the various AOMs, we decided to start Contrave. Initial metrics were weight: 318.3 lbs, BMI: 48.4 kg/m2, body fat: 54.0%, waist circumference: 57.5″

At her second visit, Melinda reported that food preparation/planning was a barrier to success for her, so she started using Hello Fresh several times per week.  As expected, she struggled on the weekends being around her family, who had not made any improvements in their eating habits.  She was doing well on 2 Contrave tablets daily during the week but had to increase her dose to 3 tabs/day on the weekends.

In September 2021, Melinda reported an increased level of stress at work. To cope with this, she increased her exercise and began walking a 5K every day. She also started using a mindfulness app.

In November 2021, we redrew Melinda’s labs. Pertinent improvements: triglycerides decreased to 218 mg/dL, Hemoglobin A1C decreased to 5.6%, ALT decreased to 51 IU/L, HDL increased to 28 mg/dL, and we checked her fasting insulin for the first time and it was found to be 8.8 IU/mL. Fasting glucose was still elevated at 116mg/dL.

In December, Melinda began taking 15-minute breaks during her workday to walk, which helped her manage her stress. She also celebrated several non-scale victories, winning a huge award at work that came with a trip to Cabo San Lucas and several friends began improving their health, citing her as their inspiration. She continued to use Hello Fresh several times a week.

In May 2022, we redrew her labs again. Pertinent improvements: triglycerides decreased to 200 mg/dL, Hemoglobin A1C decreased to 5.5%, ALT decreased to 17 IU/L, HDL was stable at 28 mg/dL and insulin was stable at 8.1 IU/mL. Fasting glucose was still elevated but slightly improved at 113 mg/dL.

During the summer of 2022, Melinda finally saw her coworkers for the first time after several years of working remotely and reported that several didn’t even recognize her at first. She also navigated a bout of COVID without significant symptoms or sequelae. She added resistance exercises to her walking and is contemplating replacing some of her walking with running. She reports that she is not through with her weight loss yet.

Cost: Commercial health insurance paid for her visits, minus her $50 copay each visit 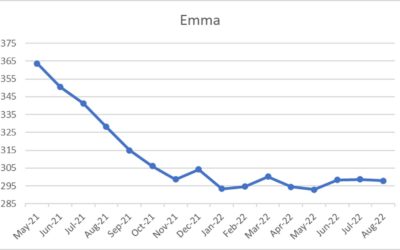 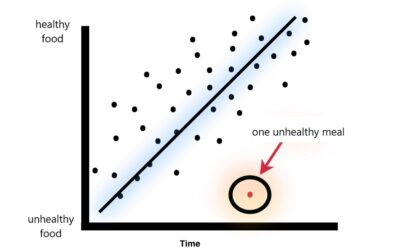