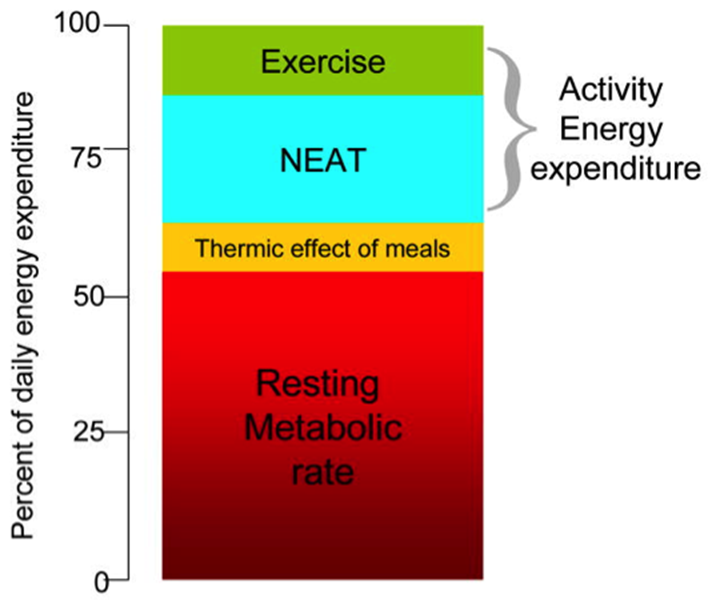 I hear from patients all the time that they think their metabolism is “broken”. In fact, metabolism is not simply one thing. The definition of metabolism is the sum of the processes by which a particular substance (energy) is handled in the living body.  Everybody’s metabolism is different and is composed of 4 primary things:

1) Resting Metabolic Rate (RMR) is an estimate of how much energy your body would require if you stayed in bed all day long and didn’t move.   Your RMR can be accurately determined based upon the following factors: height, weight, age, and body composition (% lean mass).  Although this metric is measured in calories, it’s not really the same thing as how many calories you need to eat every day. We made the mistake of assuming a calorie was a calorie a while back and that theory has been a disaster in terms of weight management! The important thing to take away from RMR is that losing too much muscle mass relative to fat mass will dramatically decrease your RMR. In other words, losing muscle mass tanks your metabolism. Which stinks – and it usually results in rapid weight regain if healthy eating habits are discontinued.  This is one of the factors that contributes to yo-yo dieting.  This is one of the reasons we do a body composition analysis monthly with our patients and adjust their program as needed – we want you to keep your RMR up!

2) The thermic effect of meals refers to the increase in metabolic rate that occurs after ingestion of food. When you eat food, your body must expend some energy to digest, absorb, and store the nutrients in the food you’ve eaten. There are many factors that influence the magnitude of the thermic effect of food. These factors include things that are under your control, such as meal size, meal frequency, meal composition, meal pattern, and body composition as well as things that are not under your control, such as age, gender, hormone levels, and genetics

3) Exercise is exercise. The science is clear that exercise is important in overall health and especially in weight maintenance.  Exercise needs to be done regularly all of our lives.  Exercise has positive metabolic effects. It increases muscle mass, which increases our resting metabolic rate. It also causees you to move around more during the day, which helps metabolism

4) Non Exercise Activity Thermogenesis (NEAT):   This is the energy that is NOT expended from sleeping, digesting, or intentional exercise.  It’s what your metabolism is doing during the 15.5 hours a day when you aren’t sleeping or exercising.   We have spent so much time analyzing and trying to optimize our energy expenditure during our daily 30-minute workout over the past few years. But what about those other 15 hours during the day – couldn’t we improve them?

80% of jobs today are sedentary or require only light activity.  Most people spend quite a bit of sedentary time in their car getting to work, only to be sedentary all day while at work.  Then more sedentary time on the way home from work.  Once at home, they have dinner and often sit in front of the television until it’s time to head to bed.  Sadly, the average American watches over 5 hours of television per day and spends over 2 hours on social media.  It’s no wonder our daily energy expenditure has decreased over the past 25 years.

On a positive note, this is one component of metabolism that can be altered – sometimes significantly.  New research has shown that by eliminating prolonged sitting, we can positively impact metabolism, BMI, triglyceride levels, insulin levels and waist circumference.

Sitting on an exercise ball (stability ball) instead of in a chair consistently improves health.  Standing up periodically throughout the day positively improves metabolism.  These are things you can do all day – every day – without breaking a sweat.  See if you can swap your desk chair for a stability ball or a standing desk a couple of hours every day.  If not, every time you answer the phone, stand up.  Take a lap around the office on your way to the bathroom.  That glass of water you keep by your desk – decrease the size of the glass by half so that you have to go fill it up twice as often.  Get up and fold some laundry during a commercial break during your favorite show.  Better yet – stand up and stretch during those 2 minutes.  When the weather is nice, deliberately park farther away from the front of the store – and walk an addition 40 feet.  Your metabolism will thank you!

We should get at least 10,000 steps every day (not including scheduled exercise. What can you do to improve your NEAT?

Keep fighting the good fight. Keep learning and improving. And if you need more help, you know where to find me! 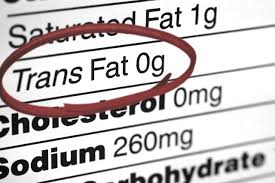 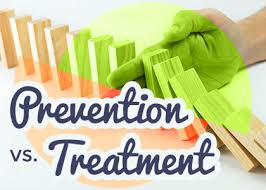 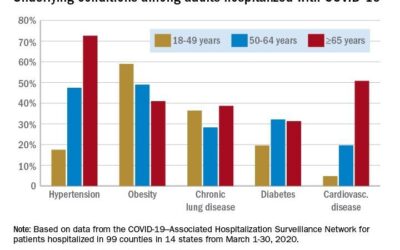 Revisiting the Link Between Obesity and COVID-19