Why are Most Attempts at Weight Loss Unsuccessful Long-Term? 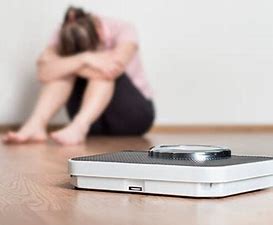 One of the biggest obstacles to healthy weight loss is misinformation.  Misinformation regarding weight loss and health is actually more prevalent than information.  It’s not surprising.  Over ⅔ of the US adult population is currently struggling with excess weight – and about half of them at any given time want help.   Americans spend over 72 billion dollars every year trying to lose weight.  The average American spends $56/month on supplements alone.  Add in gym memberships and diet programs and apps and everything else and it becomes an absolute heyday for anyone wanting a financial piece of that market.  And the way to profitability is well-established.  Tell people what they want to hear (or better yet, hire someone famous to tell them), find some people to show the before and after, then make grandiose claims and guarantees.  Once someone is hooked on the promise, collect as much money as you can, ride the wave of success for a few months, and when things stop working (as they inevitably do), find some way to blame the person for not being able to “stick with it”.

Why does this work?  Why do we keep falling for this idea – over and over again?  Well, it’s actually pretty explainable and pretty logical once you understand the science.  The great majority of these quick-fix weight loss programs are based on calorie restriction.  Calorie restriction does work to create weight loss.  If you take in less energy than you expend, your body will be forced to borrow energy from itself.  Seems simple, right?  However, more often than not, this process is temporary – lasting only a few months.  Why?  Because more often than not, by the time a body has excess weight, it has already developed something called insulin resistance.  You can go down a rabbit hole to understand more (and I would absolutely encourage it – the science is fascinating), but in a nutshell, Insulin resistance means that the hormones of the body are reacting to food abnormally.

Insulin resistance is pretty much a consequence of eating a diet that is different from what we are designed to eat with a whole bunch of other things shoved in there (like genetics and stress and sleep and medications and such).  When we have insulin resistance and we calorie-deprive the body, those abnormal hormones have a heyday.  They are chill at first, waiting to see if the process is short-term or long-term.  After all, the body can do a lot of things short-term, so why waste additional energy panicking about something that may just resolve itself.  However, once this hormonally imbalanced body realizes that this calorie deprivation may be going on for some time, it kicks in all sorts of safety measures – all designed to rebalance that calorie deficit.  The body slows down its metabolism.  We experience this in several ways.  Physically, we feel tired and sluggish, and cold.  Mentally, we feel foggy and irritable, and depressed.  Then the brain starts obsessing about food.  We get incredibly powerful cravings for things that will quickly balance that deficit and put the weight back on – things like sugars and simple carbohydrates.

Most people can soldier through this for a while.  Most people willing to put their body through this process really, really want to lose weight and they are willing to live in some discomfort for a while (after all, someone told them it was easy and fast and guaranteed), but eventually, the biochemistry of the body wins.  We succumb to the demands of the brain and the body and magically, the consumption of those sugars and simple carbohydrates makes us feel better.  Our energy returns.  Our mental fogginess lifts.  Our mood improves.  We chalk it up to pleasure and promise that it’s only this one time.  We resume our calorie deprivation and a few days later, the cycle begins again.  We remember how good it felt to feel better (and how pleasurable it was to eat those things that our mouth likes so much), so we give in again.  Then resolve to get back on the horse.  Then it happens again.  And again.  And again.  The interval between these episodes gets shorter and shorter and not surprisingly, we are back to square one.  It’s usually after about 5-6 months – plenty of time to blame ourselves and not the process itself.  We take a break, discouraged (and slightly heavier than we were pre-attempt), and once we’ve caught our breath and recovered, we try again – only this time with a different fix.  One different than the last one – but another easy, guaranteed plan sold to us by someone that looks the way we want to look.  Rinse and repeat.

The sad part of it all is that the medical establishment as a whole has known this for years.  The textbook The Handbook of Obesity (the “bible” of weight loss”) states that “although calorie deprivation is considered the cornerstone of weight loss, it is rarely effective at causing sustained weight loss”.  We have thousands of papers written about the poor success of calorie restriction – and more often than not, the conclusion is that the failure of the process is due to the non-compliance of the participants.  Many years ago, when it was legal, we even did a study in which we locked participants up and starved them – just to see what happened.  (See my previous blog post about the Minnesota Starvation Experiment).

We have spent billions of dollars researching, developing, and marketing several anti-obesity medications – medications designed to help us feel less miserable while we suffer through calorie deprivation.  And for many people, these medications help a lot with the misery.  Not surprisingly, when these medications are stopped, the weight usually returns – probably because the participants are once again aware of their misery and are unable to withstand the biochemical drive to compensate.

The most successful bariatric procedures are those that remove a portion of the stomach containing the receptors that tell the brain to eat – and leave such a small amount of stomach that overeating triggers a different type of misery.  In these cases, it often takes patients years to compensate – but it happens more often than not.  The Roux-en-Y gastric bypass is considered the gold standard (or most effective) weight loss surgery.  In a recent long-term study, researchers found that only about 40% of patients maintained at least 30% weight loss after 12 years.  Now, that’s not terrible – without the surgical intervention, many of the patients would have gained a lot more weight over a 12-year period, which would have likely caused a lot more wear and tear on the systems of the body.  However, it just shows that the body wants to compensate.

However, most people in the medical world don’t know any other way.  They don’t know – so they either don’t bring it up or they buy into the idea that the failure of the system is due to patient noncompliance and they promote whatever program or concept has seemed to work for other patients most recently.

Sounds discouraging, huh?  Chin up.  I wouldn’t be writing this if it was all doom and gloom.  There is a small group of people that understand the science and are attempting to get effective treatment of excess weight into the mainstream.  There are more than 5,000 physicians in the US and Canada that are board-certified by the American Board of Obesity Medicine. I am one of them and I will tell you that it is one of the most amazing groups of physicians you will ever meet.  These are doctors who are already board-certified in another field of medicine and who went back through training to learn more about the processes that contribute to obesity and how to treat it.  Many of them, like myself, practice clinical Obesity Medicine and see firsthand every day how the system fails people.

If you are struggling with weight and discouraged and frustrated, maybe it’s time to seek one of these people out. If you are in the Greater Kansas City area, feel free to seek us out. If not, click HERE to head to the American Board of Obesity Medicine website and see if you can find someone in your area that spends their days thinking about and practicing Obesity Medicine. You can search by city or state or name – whatever works. Use the resources around you!

If you need me, you know where to find me! 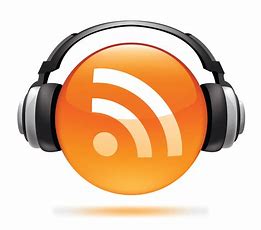 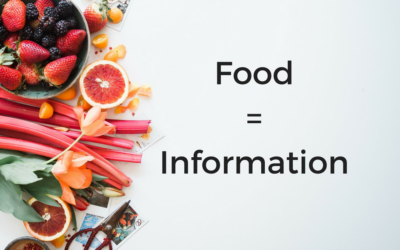 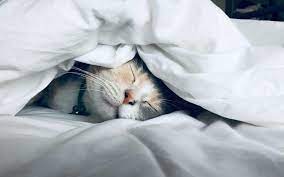 Stop bragging about your lack of sleep. (It could be ruining your health)!