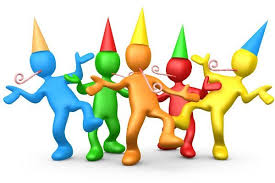 Have you started celebrating this crazy holiday yet?  Hopefully not.  This holiday is responsible for a lot of unplanned weight gain for many of us.  Why?  Because it lasts a good five months.  Every year.

You know what I’m talking about, right?  The holiday usually begins about mid-October.  We fight it at first – walking by that crazy colorful Halloween candy aisle at the grocery store over and over again, telling ourselves that we should wait to buy the candy because we will end up eating half the bag ourselves.

Finally, as the aisle begins to empty, we start to panic a little.  What if the stores run out of candy?  What if there is nothing left to give away to the trick-or-treaters this year?  Although deep down inside we know that there will always be something left on Halloween morning, we tell ourselves that we should just buy a bag or two – just in case.  And instead of buying the stuff we don’t like – we buy the good stuff.

Eventually the bag gets opened and it’s all downhill from there.  One little candy bar here, another one there.  It’s OK because they are bite-sized – nothing like a full-sized candy bar – so they don’t really count.  But the bag starts to get empty.  Eventually, you have to get another bag because that one won’t be nearly enough for the trick-or-treaters that will be coming some day.

Throw in the pumpkin spice lattes, the donuts at the pumpkin patch, the Halloween-themed cupcakes at work, the cute ghost cookies that Mary always brings to work in October and the holiday is in full-swing.

It’s pretty easy to just stay in that mode through Thanksgiving.  After all, you’re going to indulge big-time that day so trying to reign it in before then seems like a lot of unnecessary work.  Why take two steps forward if you are already planning on taking three steps back in a few short weeks?

After Thanksgiving, we shift into full-on holiday mode.  Whatever your winter holiday of choice is, it’s guaranteed to be celebrated with food.  The recurrent parties and potlucks.  The towers of chocolate and candy brought to work as gifts.  The traditions you celebrate with family and friends – making white chocolate covered pretzels with Grandma, making  fudge with Aunt Louise, pulling homemade taffy with your sister.  Then there are sugar cookies and gingerbread houses that need decorating.  Sound familiar?

New Year’s Eve is another round of indulging and though many of us make New Year’s resolutions to get healthier, we don’t really want to get started until after the SuperBowl.  After all, our team might be there (again!!) – and celebrating football with carrots and ranch just doesn’t seem right.  And then we have to have chocolate on Valentine’s day.  Who can resist those cute little mini chocolate hearts?  It seems almost rude to refuse to eat candy given to us by people we care about – when the theme of the holiday is love.

By the time the last dark chocolate heart is eaten and we decide that we’ve likely gone a little overboard, it’s been a full five months.  We are often super motivated by then – we see summer approaching and the idea of being in a bathing suit or even a pair of shorts is terrifying.  So we kick into full on healthy mode – trying to undo the damage of the past five months.

Just like NOT smoking for a few months is a great idea – but it won’t heal the damage done by five months of smoking.  It’s just not that simple.  It would be lovely, but it’s unrealistic to think of it that way.

You can’t cure skin cancer by simply staying out of the sun.  It’s still a great idea – but it’s not the cure.  You can’t cure a knee injury by using crutches and avoiding weight-bearing.  Again, a good idea, but avoiding further injury isn’t the cure.

The disease of obesity is more than calories-in and calories-out.  It’s a chronic, relapsing disease.  It’s also a multifactorial disease.  A disease in which biochemistry and psychology both work together.

I will never put it all on personal responsibility – that’s incredibly narrow-minded and simplistic, but there is a component that has to be addressed.  We have to acknowledge that the decisions we make play a role in the progression of the disease.  Burying our head in the sand while we pretend to ignore it isn’t going to work.

Trying to turn healthy off and on like a switch isn’t working for most of us.  If it did, we wouldn’t have an epidemic of excess weight in this country.  What works is addressing the problem from all angles – from biochemistry to psychology and everything in between.

It’s a complicated problem to fix – and one that usually requires medical help.  It also requires a desire to change things – not just the outcome (the weight or the disease) but the overall way that we live our day-to-day life.  It requires constant vigilance and support.

If you have already begun the five-month holiday and don’t want to be staring at your doctor or your scale in February with shame and regret, then let’s get started working on the processes.  Let’s put swords in our hands and attack the first part of this holiday with the knowledge that the longer we hold those swords, the better we will get at wielding them.

It’s not easy.  Our entire culture is set up to work against it – but it can be done.  We can be healthy people despite the barrage of holidays coming up.

As always, you know where to find me! 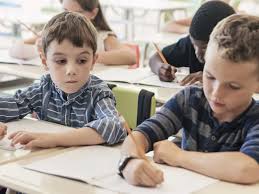 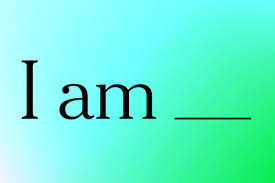